Practical electronic music instruments began to appear in the early 1900s. Electroacoustic music is a genre in which composers use technology to manipulate the timbres of acoustic sounds, sometimes by using audio signal processing, such as reverb or harmonizing, on acoustical instruments (Staff n.d.). It originated around the middle of the 20th century, following the incorporation of electric sound production into compositional practice. The initial developments in electroacoustic music composition to fixed media during the 20th century are associated with the activities of the Groupe de Recherches Musicales at the ORTF in Paris, the home of musique concrète, the Nordwestdeutscher Rundfunk (NWDR) studio in Cologne, where the focus was on the composition of Elektronische Musik, and the Columbia-Princeton Electronic Music Center in New York City, where tape music, electronic music, and computer music were all explored.

The Sublime and the Silly

The word Pithoprakta translates to “actions through probability”. This relates to Jacob Bernoulli’s law of large numbers which states that as the number of occurrences of a chance event increases, the more the average outcome approaches a determinate end. The piece is based on the statistical mechanics of gases, Gauss’s law, or Brownian motion. Each instrument is conceived as a molecule obeying the Maxwell–Boltzmann distribution law, with Gaussian distribution of temperature fluctuation. This theory states that “the temperature of a gas derives from the independent movement of its molecules.” Xenakis drew an analogy between the movement of a gas molecule through space and that of a string instrument through its pitch range.

Xenakis created the score by first creating a two-dimensional graph, necessitating some simplifications. The abscissa (x) represents time at 5 cm = 26 MM, while the ordinates (y) represent pitch at 1 semitone = .25 cm. When transcribed into musical notation 5 cm = 1 measure. This length is subdivided into three, four, and five equal parts, allowing for fine differences in duration but also creating a steady pulse in each instrument part, reducing the rhythm of the random walk to steady footsteps.

Nikolai Voinov “Dance of the Crow”

There is little information about Voinov’s work. In this witty and amusing early animation from 1930 in Moscow Voinov sketched and cut out cardboard combs of the 80 semi-tones of the piano. By selecting the proper combs and photographing one after another in the correct order on the soundtrack of a movie film, Voinov was able to produce any favorite piano melody.

The instrument used to create the score is electronic, to this day a number of artists and experts are puzzled by its sound as no one knows certainly how this soundtrack was produced in 1930.

E. Sholpo of Leningrad developed method of producing synthetic sound. Instead of sketching individual notes, he prepared disks with cut openings. The speed at which the disk is revolved when photographed determines the pitch of sound. Notes of a high pitch are produced by revolving the disk rapidly; low speeds produce low notes.

Ahead of their time

The League of Electronic Composers

There are basic aspects of compositional thinking that seem to have become almost extinct—particularly, but not exclusively, in the realm of electroacoustic music. To put it plainly, the ideas of narrative structure and pitch specificity are now rarely considered. To claim that pitch specificity is important is to risk being labeled a reactionary or, worse yet, conventional. Scrutiny of the nature of sound itself has intensified over the years, especially in the context of electroacoustic music, where the possibilities for the creation and manipulation of sound are truly endless.*

The following are a few pioneers who challenged old music conventions to create something unexpected and unique. Without their experiments in sonology, Radiophonic experimentation, and tape looping, Electroacoustic music research and creation would have stopped. They opened the world’s eyes to a whole new sonic universe made out of grains and particles. 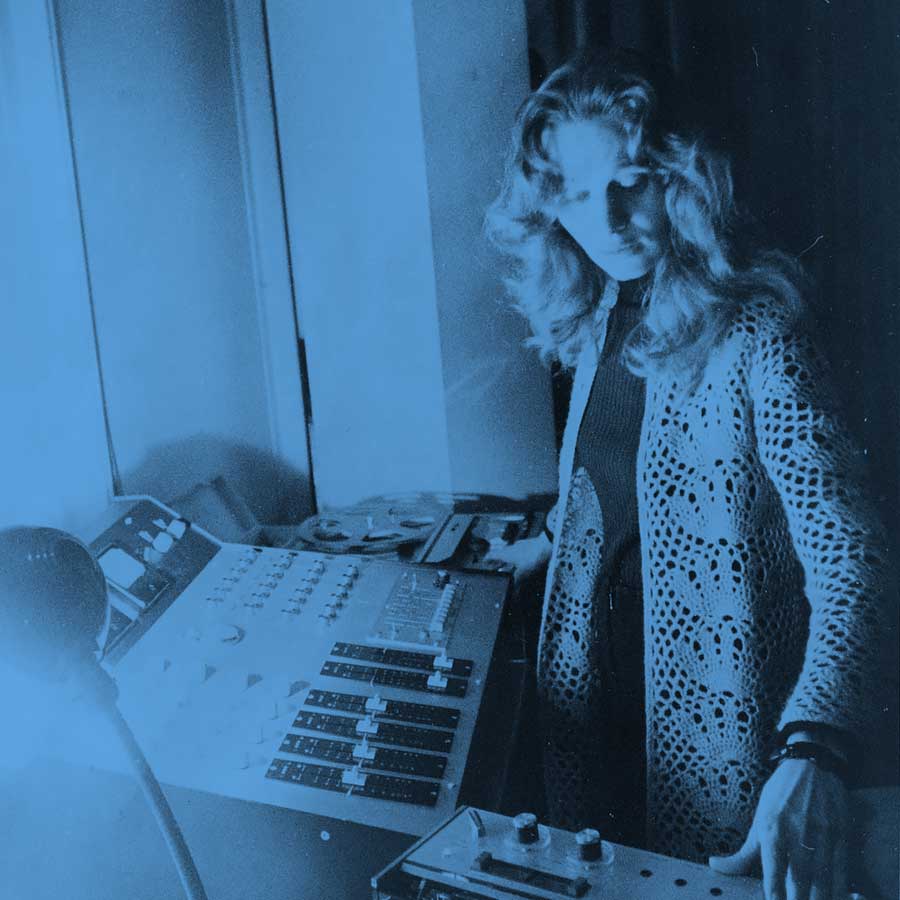 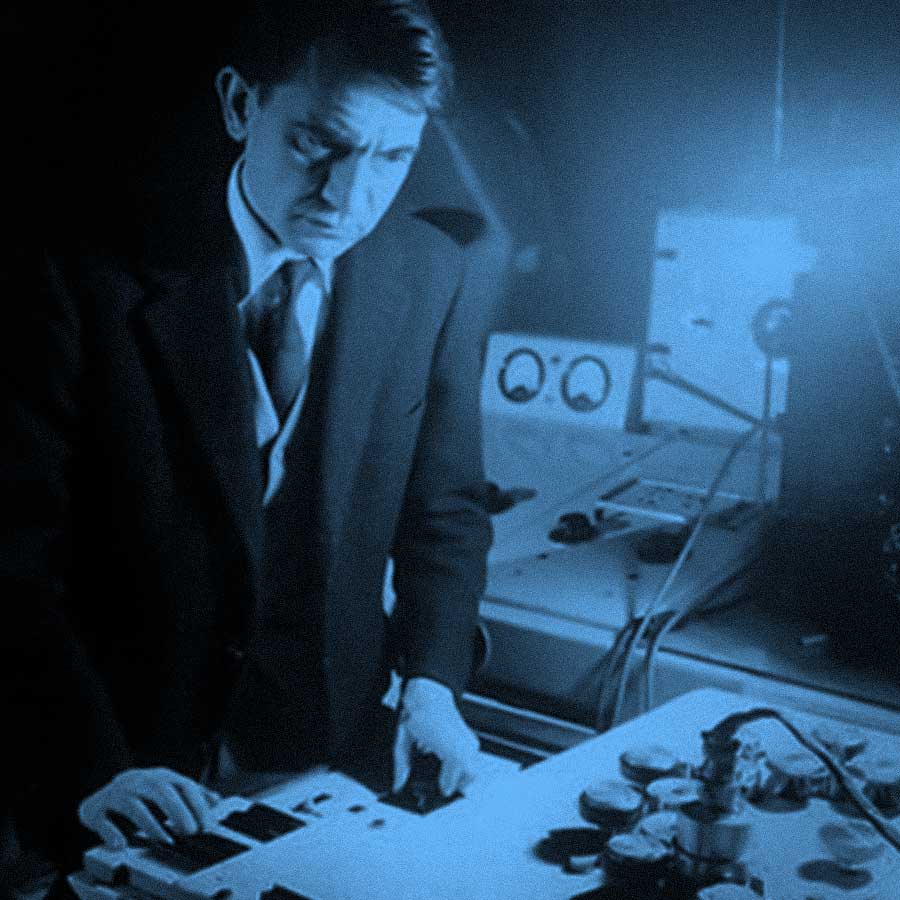 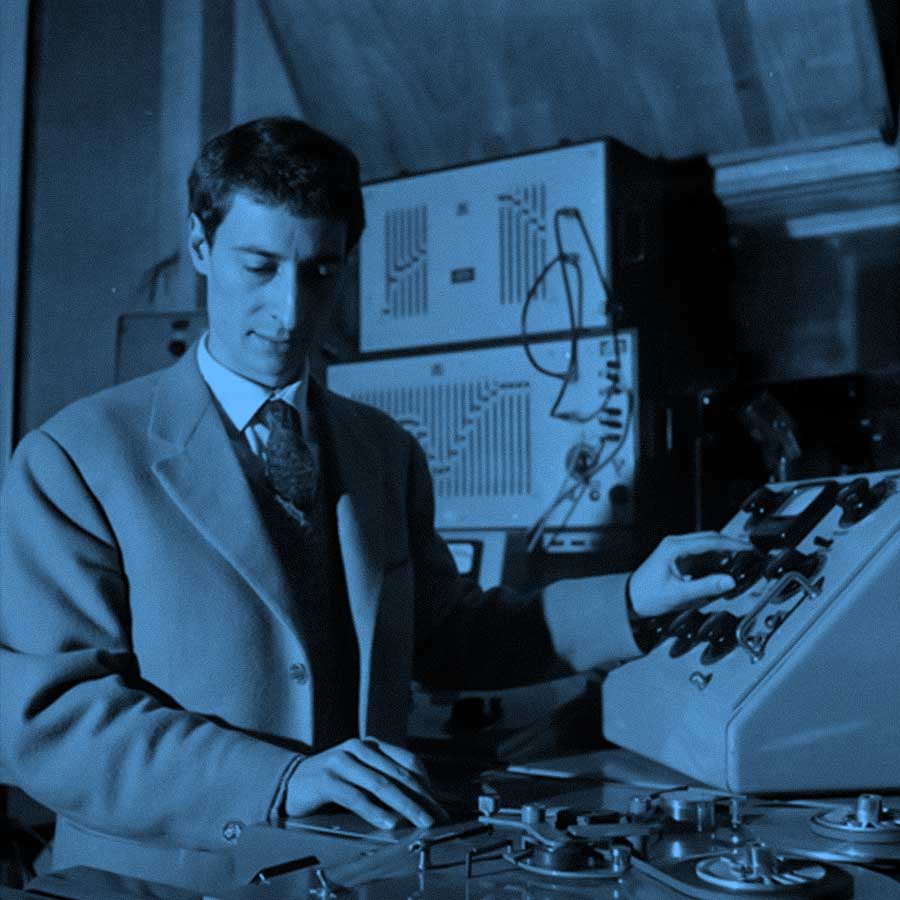 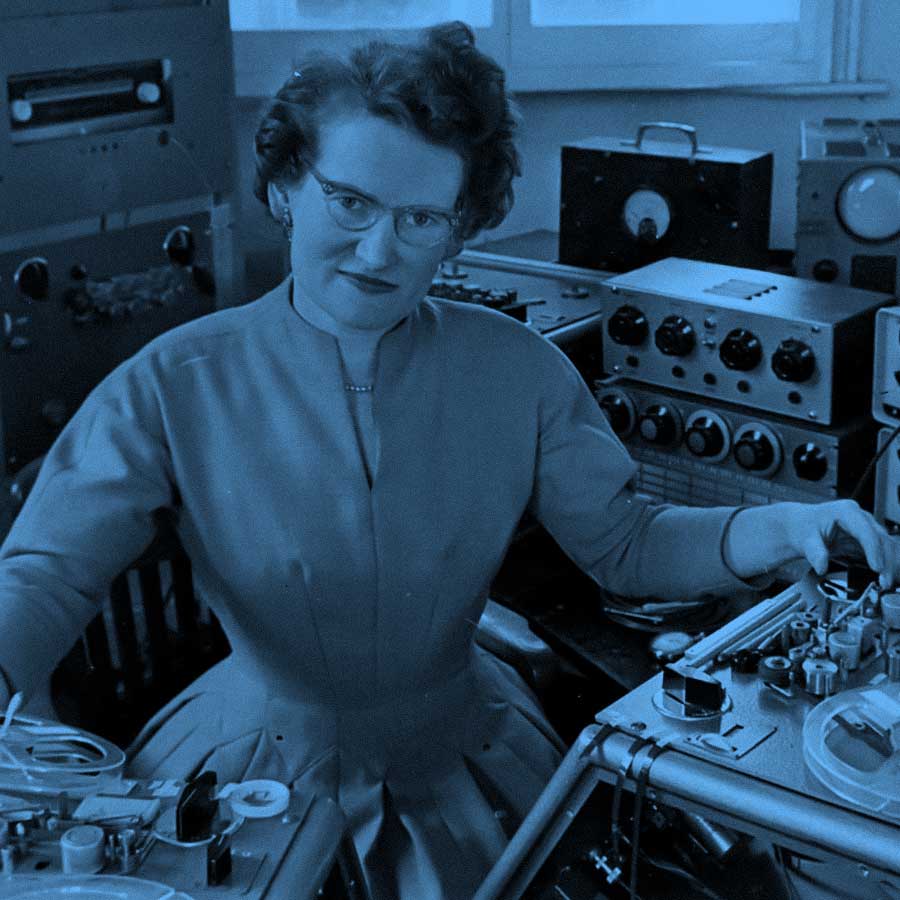 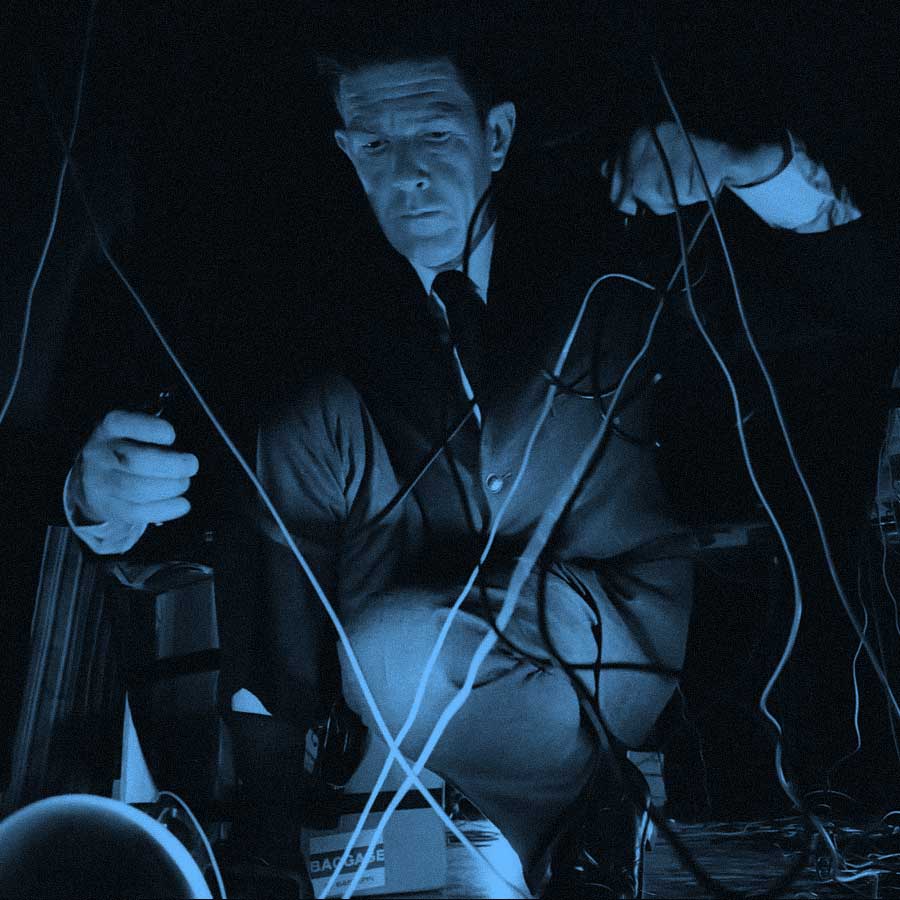 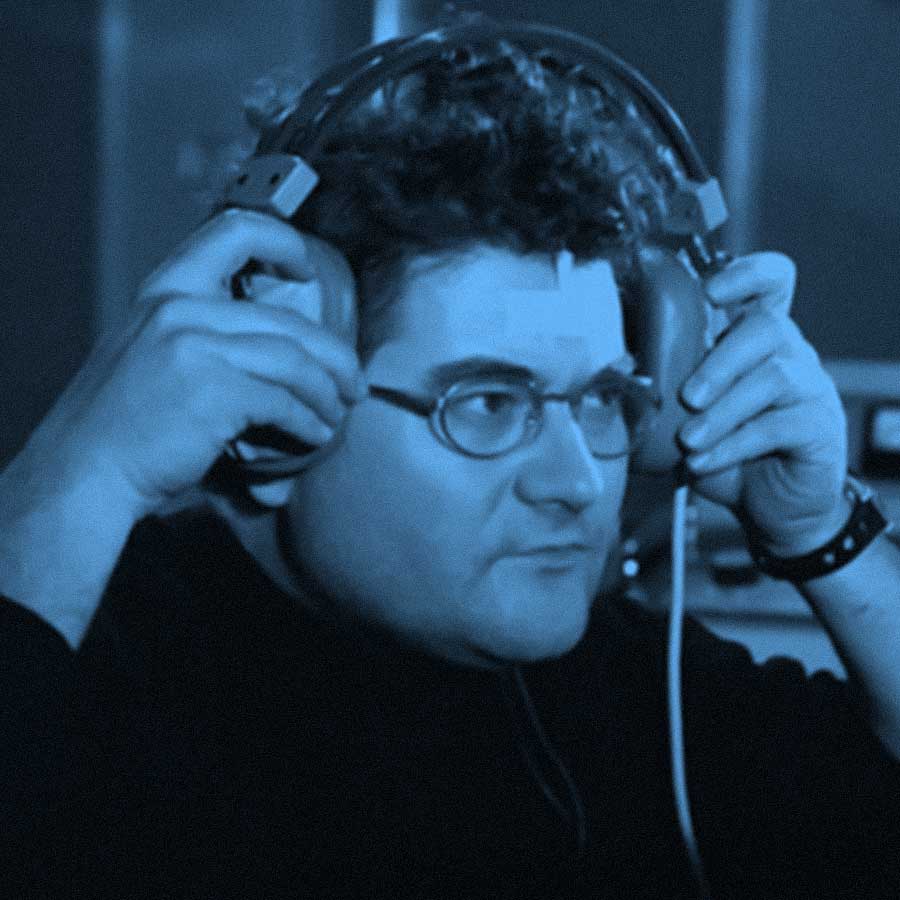 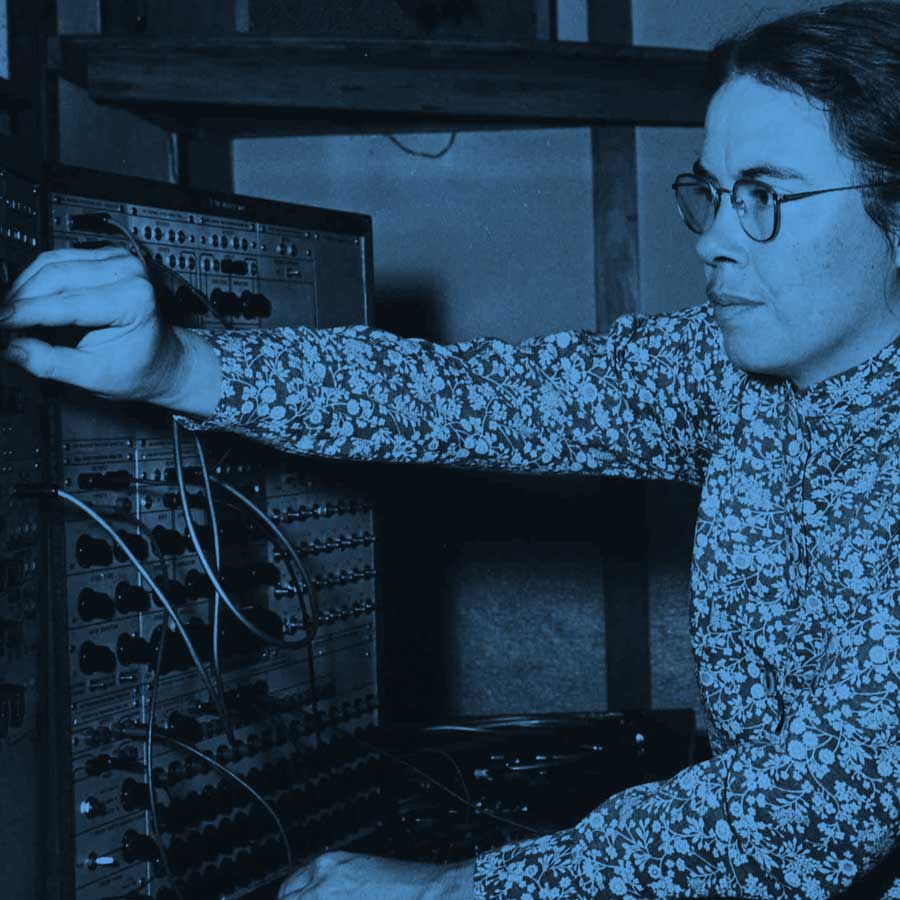 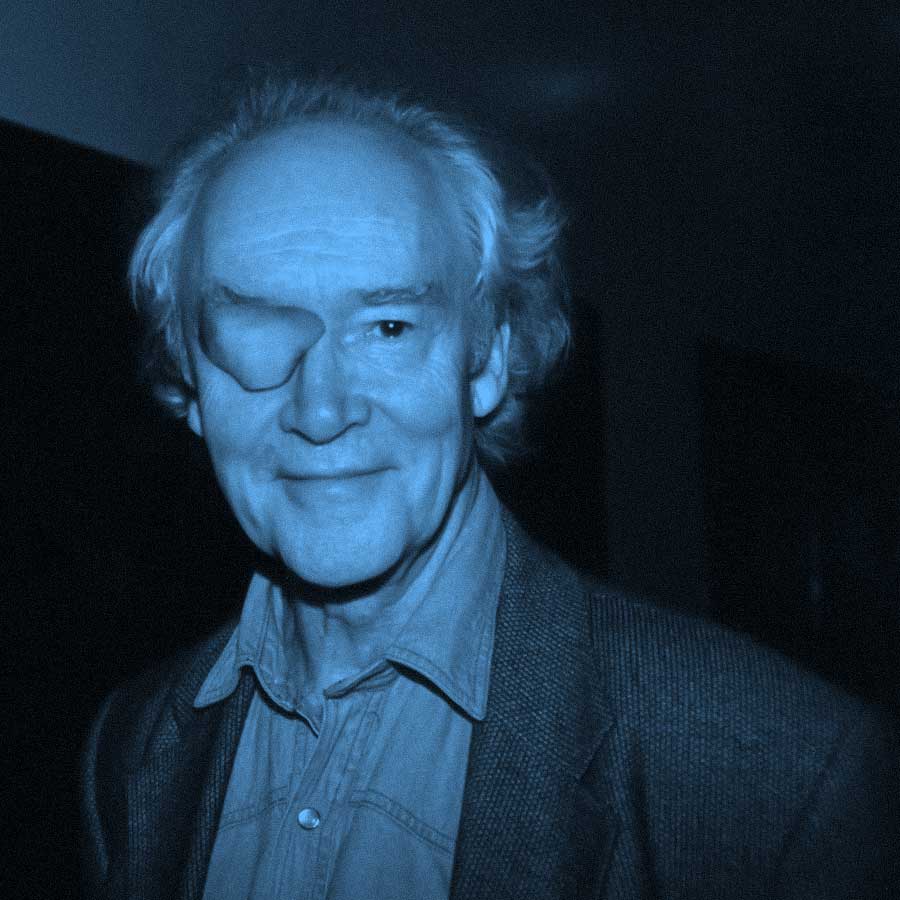 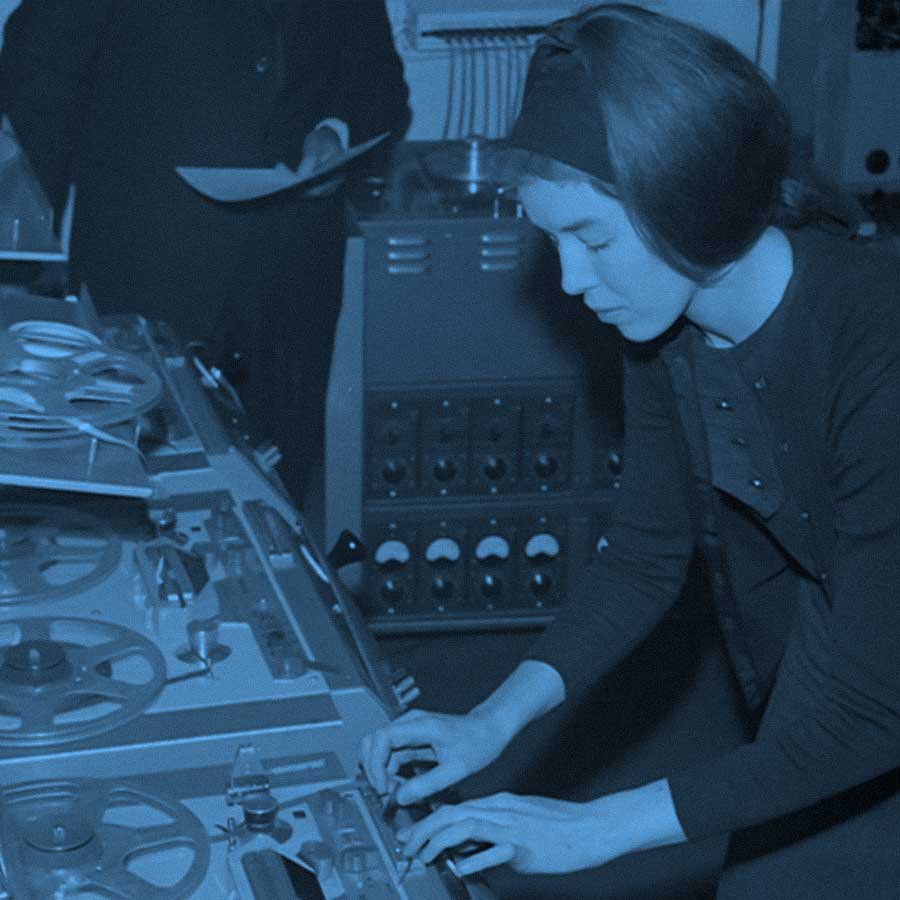 The academy is useful for the library, for meeting others with inquisitive minds, and for the papers required to remain stuck in that labyrinth; apart from that, it functions as a parasitic threat that stifles creative drives and is to be avoided.